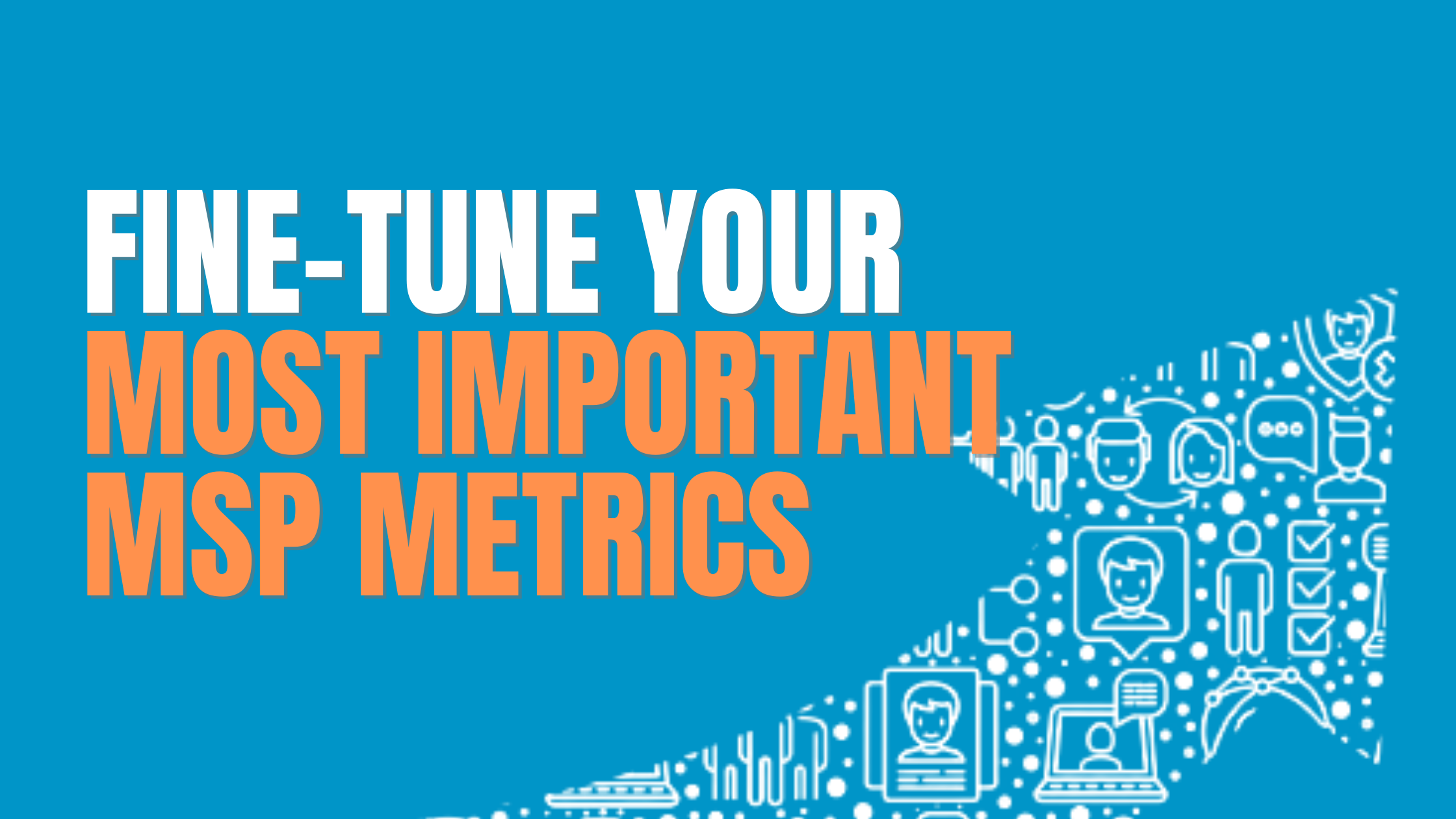 As an advisor to MSPs I’ll often start my conversations by trying to understand what the owner's goal is and then figure out how they are measuring the steps toward that goal.

When I ask the question “what are you measuring” or “what are you reporting on” I will almost certainly be told about the amazing tools that the MSP has invested in and the sorts of dashboards and reports it can generate.

Many MSPs, for example will measure CSAT – customer satisfaction.  CSAT is a good measure of transactional feedback on a ticket and most MSPs will declare a CSAT of 98% or higher.  However, when I ask an MSP to explore who is truly responding to the surveys - the answer will often be the same groups of people at each client. Then, when I ask how many CSAT surveys are completed each month the number is often too low to form a quantitative view.

A better measure then might be to firstly focus on increasing the number of CSAT respondent pool, then increase the overall number of responses and only then pay attention to the CSAT score itself.

Another common metric used by MSPs is the dreaded SLA (Service Level Agreement) - or for those that want to keep it simple for their team – TTR (Total Time to Resolution).  This is an awesome metric and informs your team on how quickly and efficiently the customer is being served.

Yet often the tools that generate SLA and TTR reports won’t differentiate between meaningless tickets such as false alarms, spam emails, emails from vendors and other “tickets” that are closed almost immediately.

One MSP I spoke to recently had a “TTR” of 45 minutes which sounded incredible – world class in fact - but when we did a data analysis we removed the meaningless tickets from the average and the TTR spiked up to 3.2 days…

So that’s service metrics and you’ll find plenty of dashboards in MSP offices around the world with big bright colours declaring winning outcomes.

But the most important question I always ask an MSP is what is your growth goal in the next 12 months?   (BTW the most common response is 30% and I don’t know why – but 30% sounds better than zero) yet when I then ask how many emails were sent to the database this month to prospect for new business the answer is usually none or not sure.

If I ask how many new prospect meetings were held this month the answer is usually one or none.   Virtually every MSP wants to grow by at least 30% but very few measure the steps toward that growth.

So, having a goal is important but focusing on the right metric with the right data is fundamental. It’s easy to delude oneself into that things are going really well if the number is too general, or its underlying data is not scrutinized.

So… what are your true goals?

How will you achieve them?

What specifically are you measuring?

Previous How Much Momentum Does Your MSP Have? Next 10 Books That Changed My Life Perspective and Helped Me Transform my MSP and Build Benchmark 365